2018 saw another fantastic Gas Safety Week with thousands of supporters taking part. Here's a run down of just some of the activities that supporters got involved in:

Across the Midlands, the north of England and Scotland, ENGIE pulled out all the stops with a packed schedule of activities taking place throughout the whole week, which helped raise awareness of gas safety amongst their employees, clients and the wider community.

Their teams visited primary schools and construction sites to talk about the dangers of gas. CO alarms were installed in over 30 homes free of charge. They also teamed up with Tesco to set up a stand at a local store to give away CO alarms as well as essential safety advice to the public. Branded stickers, posters, and gas safety booklets in multiple languages were printed and distributed. Staff were kept up to date with daily emails filled with information, facts and quizzes and some staff had technical training sessions with Kane International.

Lots of areas of the Which? group contributed to Gas Safety Week, making it a real success. To mark the start of Gas Safety Week Which?’s home page featured an article around ‘best buy’ and ‘don’t buy’ CO alarms to educate consumers on CO safety, including how to install and test them. Articles also appeared on Which? Conversation.

1,000 CO alarms were handed out via selected Which? Trusted Traders, and to multiply the success of their campaign, they contacted boiler manufacturers to encourage them to follow suit - Viesseman and Ferroli matched this and sent out 1,000 CO alarms each. CO safety leaflets were handed out with the alarms and to customers getting a service or install.

Social media also played a big part throughout the week, including a new video for students about gas safety that was created by Which? University - it was also posted on the university website.

The Liberty Group really went to town with activities taking place beforehand and every day during Gas Safety Week. Before the week began staff, clients and stakeholders we invited to take part in and nominate a Gas Safety Hero to recognise the great work that their gas engineers do. They also shared the toolkit with their clients and encouraged them to get involved with Gas Safety Week.

During the week their inbound phone message informed people that it was Gas Safety Week and gave out key messages about CO and the importance of gas servicing. They manned a stand in The Cube at Corby Borough Council for the week and their engineers delivered gas safety leaflets to over 6,500 tenants in England and Wales. They also dual branded materials from the toolkit to use on Twitter. Trade blogs were published by Karen Sloan (COO) about Gas Safety Week, and Derek Corbishley (MD) about they work that Liberty does to tackle illegal gas work.

Staff were also given important key messages, which were shown on bespoke screensavers, the staff intranet and screens around the office.

Installers First and Gas Safe registered engineer Mark grieves went on the hunt to find someone to create an unforgettable jingle that would really stick in people's minds. After having listened to plenty of creative gas safety tunes, the winner was declared as James Elmy, of Beckenham in Kent. His ukulele-themed ditty summed up the Gas Safety Week message perfectly, reminding the public to 'Make sure that you check the card/I'm sure it's not very hard to do.' James is hopeful that his jingle will inspire people nationwide to have the appliances checked annually and only use Gas Safe registered engineers.

ARLA supported Gas Safety Week with a fantastic double page spread in the September/October edition of Property Professional Magazine, which offered top safety advice, shared case studies and encouraged others to take part in the week.

Crimestoppers ran a campaign to raise awareness around gas meter tampering and gas theft. Their dedicated website StayEnergySafe.co.uk highlighted the issues around energy theft being a non-victimless crime in terms of the financial costs of meter cheaters being passed onto customers, but more importantly the real dangers that tampering with a gas meter can cause, such as leaks, fires and explosions. Crimestoppers issued a press release and published articles online and across social media.

Two of plumbing and heating’s Twitter stars reinforced the importance of annual servicing and the Gas Safe ID card on local radio. @PBPlumber (Peter Booth) and the mysterious @GasManGod took special guest spots on Ben Jackson’s show on BBC Radio Leicester to discuss all things boilers as the nation started to switch on its heating. Between them, the dynamic gas duo explained the difference between annual servicing and a boiler breakdown, the problems of frozen condensate pipes, and the dangers of illegal gas work.

Year 6 pupils in Halifax were treated to a visit by Together Housing, who gave a valuable lesson about safety in the home.

The session included videos, activity sheets and a spot the hazard interactive challenge. By the end, pupils were able to identify potential hazards around the home, especially the dangers of faulty gas appliances.

Outside of the classroom, the housing association urged tenants not to miss their annual boiler check appointment and reminded tenants to only use a registered engineer to maintain their own gas appliances in their properties.

Hattie Hasan, founder of women-only plumbers Stopcocks, took to YouTube to give some special top tips that every householder needs to know:

Gas Safe engineer Christina Birch set up a stall in her local town of St Albans, and said “Despite the rain there was lots of interest”.

J Tomlinson got right behind Gas Safety Week, running a week-long campaign. It kicked off just ahead of Gas Safety week with activities and materials at the Nottingham City Homes Annual Fun day. Parents received leaflets, while children took part in gas safety specific puzzles and quizzes. They also ran a six-day quiz on Twitter, testing people’s knowledge of gas safety, and winners were entered into a prize draw.

Saltire raised awareness this year by holding workshops with councils and housing associations in Motherwell, Wishaw and Taunton and they received positive feedback from the communities they spoke to.

Registered business Richard Groves Plumbing and Heating got behind Gas Safety Week by sharing and posting social media updates every day throughout the week.

Wiltshire Council pledged their support to publicise Gas Safety Week to schools in the area and encouraged them to add the event to their calendars. They also asked schools to raise awareness in newsletters that went home to parents.

As well as sending out online comms on social media and email banners, Wiltshire Council had a stand at Bookers Cash & Carry in Trowbridge and were giving away gas safety advice to customers.

”We really enjoyed being a part of The Gas Safety Week Awareness team this year. We found the materials provided to be fabulous to work with and made keeping everyone aware and informed so easy...Can’t wait for next year” – Jeff Spratt, Director

The message from Barnsley Council’s Environmental Health Officers was clear: “Watch out, we’re tackling illegal gas work!” In a drive to raise awareness about the importance of gas safety in kitchens across the borough, they were cracking down on irresponsible caterers who were putting profits ahead of safety. They made sure only qualified Gas Safe registered engineers are employed to work on commercial gas systems in kitchens, cafes and takeaways. Gas safety leaflets were also given out to the general public at their stall in Barnsley town centre.

Housing Association Thirteen Group and their team of Gas Safe registered engineers toured around Stockton, Middlesbrough and Hartlepool to give gas safety advice to local residents. They showcased a number of non-Gas Safe registered works undertaken, to highlight the real dangers of illegal gas work.

HeatLink Services Ltd set up an exhibition stand and were so pleased with its success they plan to run it again next year, and may consider expanding it to a week-long tour around Norwich.

The East Riding of Yorkshire Council Housing Maintenance supported Gas Safety Week by holding a Gas Safe Roadshow at Beverley Leisure Centre, offering top tips to stay safe to council tenants and the wider community. They were also supported in their efforts by Ideal Boilers.

Weekend shoppers at Walkden Town Centre were given free gas safety advice and were in with a chance of winning a home gas safety inspection, carbon monoxide alarms and panda bear toys, courtesy of Panda Plumbing and Heating Limited.

CP12 Energy posted about Gas Safety Week many times on social media and encouraged young ones to get involved by colouring and drawing art packs. Completed pictures that were sent back were shared on social media and around the office. CP12 Energy also promoted the campaign in The Journal Homemaker - a supplement in The Chronicle newspaper.

Utilita made sure their staff were fully up to speed on gas safety with themed emails, leaflets and a quiz. They also gave away gift bags for children at their head office and Gosport shop front.

Worcester Bosch helped to get the word out on local radio, reaching more than 1.5 million people. Director of marketing and technical support Martyn Bridges took to the airwaves to talk about the importance of making sure that boilers are serviced every year – and choosing a Gas Safe registered engineer. The interview was aired on 50 local radio stations, including Radio Cardiff, Birmingham Business Radio and Cross Counties Radio. 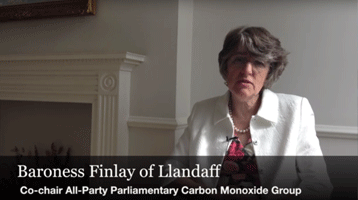 About
MPs supporting the week 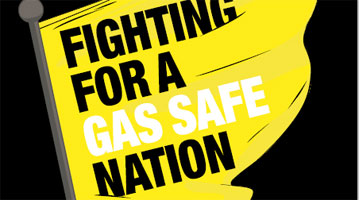 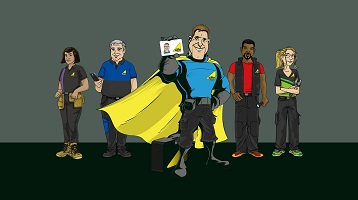 About
The Safety Squad
Up to Date News
Latest Videos